Persecution of protected species is declining, but is still a problem
Despite having some of the strongest protective legislation in the world, the illegal hunting of birds in Europe causes millions of deaths every year, posing a major threat to the avifauna. Indeed, it has been estimated that two-thirds of native European bird species are affected, including some globally endangered ones. In Spain, although bird protection legislation has been implemented for decades, illegal hunting is still considered one of the main threats to some endangered bird species, such as the Great Bittern Botaurus stellaris and Bonelli’s Eagle Aquila fasciata (Madroño et al., 2004). Recent studies on this topic emphasise that increased protection of birds in Spain is necessary to mitigate their non-natural mortality from various causes (Arizaga & Laso, 2015; Balmori, 2019).

Finding dead or injured wildlife is generally difficult, particularly when the victims are hunted illegally and the evidence is concealed, making persecution data rather hard to collect. In this context, a valuable source of information on threats to wild animals can be the admissions records of wildlife rehabilitation centres (WRCs). In an attempt to assess trends over time and the current extent of illegal activity, we collected information on birds admitted with gunshot wounds to three eastern Spanish WRCs over a 25-year period (1991–2015).

A total of 2,076 non-game birds with gunshot wounds, belonging to 101 different species, were admitted to the WRCs of the region. Birds of prey comprised the most affected group, accounting for 74% of shot birds. In particular, four raptor species made up 52% of all admissions: the Common Kestrel Falco tinnunculus, the Eurasian Sparrowhawk Accipiter nisus, the Common Buzzard Buteo buteo, and the Eurasian Eagle-owl Bubo bubo. Furthermore, 112 shot individuals of 17 threatened species were admitted during the study period. Of these, 44 individuals were of species, such as the Western Marsh Harrier Circus aeruginosus or the White-headed Duck Oxyura leucocephala, listed as Endangered under national and regional laws. As many as 32 of these 44 individuals were found at four protected wetlands. 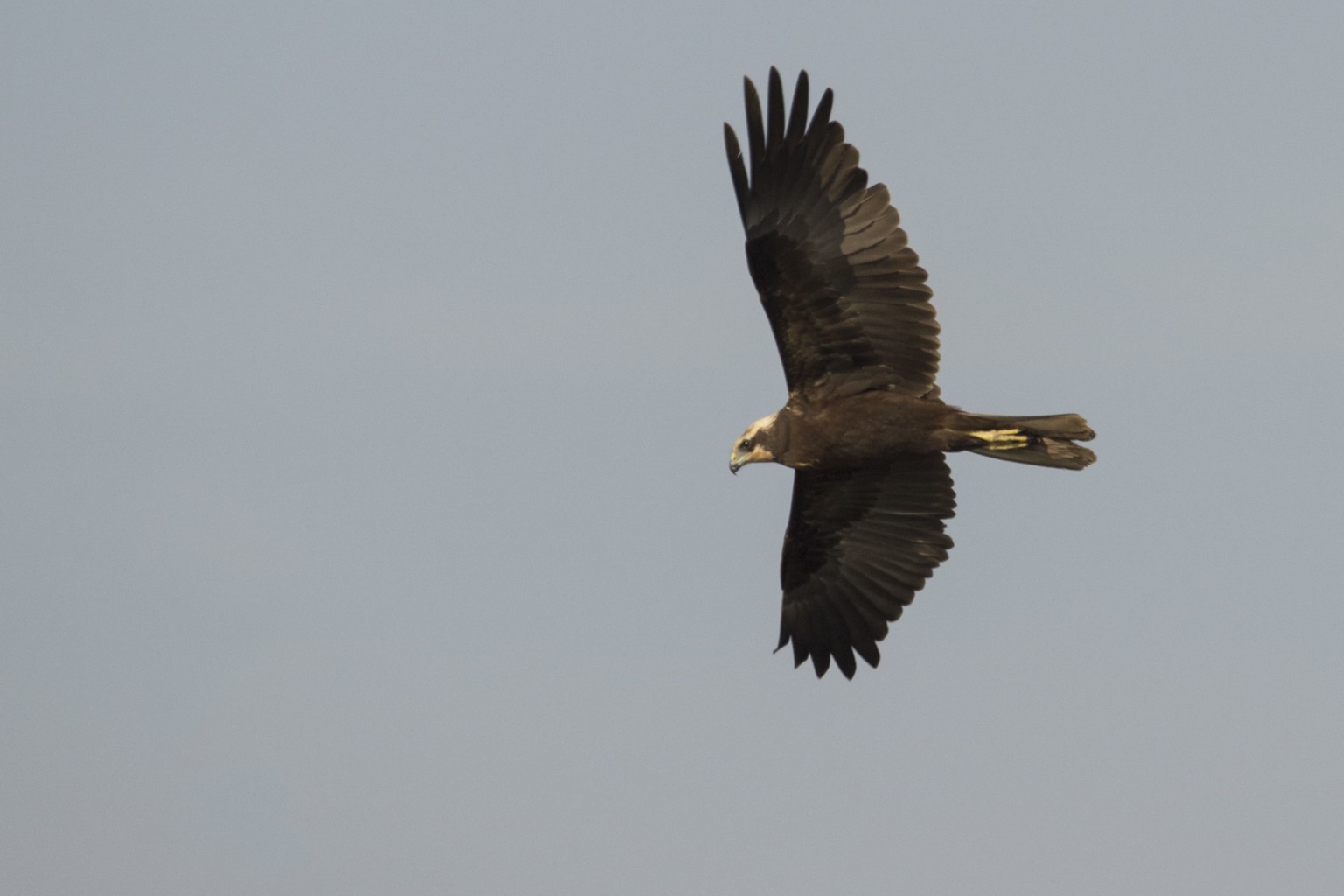 Figure 1. A Western Marsh Harrier Circus aeruginosus, one of the species most affected by illegal shooting. © Iván Moya

Illegal hunting occurred throughout the year, although it peaked during the open season for hunting. The admission rate of non-game shot birds declined over the study period, as did the number of hunting licences issued in the region. The number of small-game hunters has decreased in Spain (Herruzo & Martínez-Jauregui, 2013), mainly as a consequence of rural depopulation, which has reduced recruitment of this type of hunter. 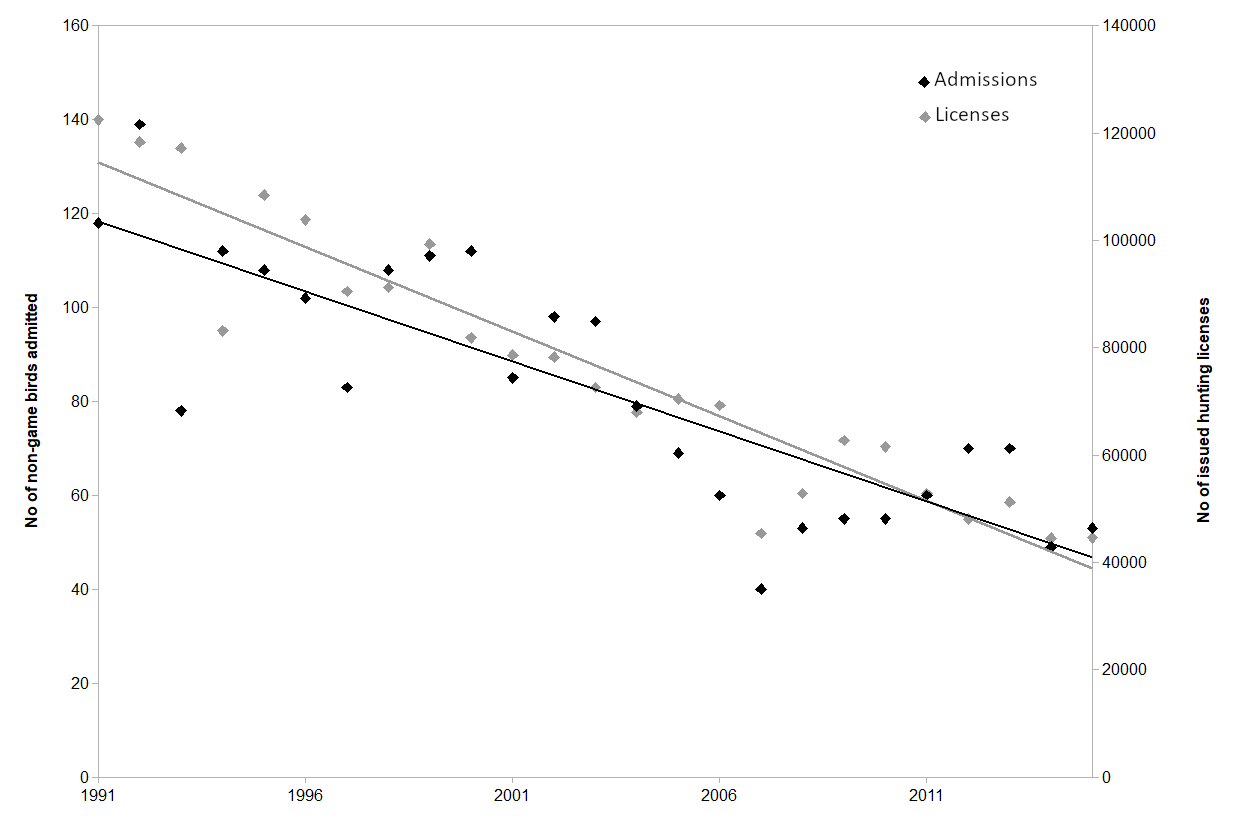 Figure 2. The relationship between numbers of non-game shot birds admitted to wildlife rehabilitation centres and numbers of hunting licences issued by the Valencian Community, both showing a downward trend.

Despite the apparent decline, our results show that illegal killing of protected birds persists and could pose a major problem for threatened resident raptors, for example Bonelli’s Eagle, for whom two-thirds of the European population resides in Spain. Legislation having proved insufficient, direct action is required to minimise this threat, focusing on reducing intentional killing in previously identified conflict areas, such as wetlands or game reserves that sustain endangered species.

See on the BOU Blog

ABOUT THE AUTHOR
Jorge Crespo is a biologist and currently works as a technician at ‘La Granja de El Saler’ Wildlife Rehabilitation Centre, administered by the Valencian Community. The illegal bird hunting study was the result of a collaboration with the Cavanilles Institute of Biodiversity and Evolutionary Biology at the University of Valencia.